Posted by Phil Newsome on September 19, 2018
The verty first President from Mindanao, President Rodrigo Roa Duterte cautions donors of various calamities in the Philippines to skip prominent TV Networks, instead they should course donations through the military or the government. 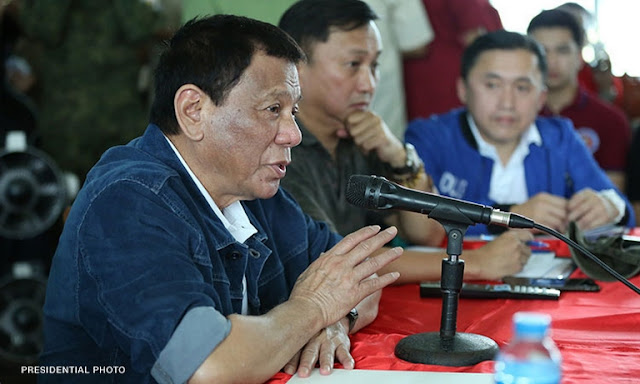 Pres. Duterte's statement about skipping TV Networks when making donations came after a controversial Facebook post of Pure Group of Companies President and CEO Jojo Soliman exposed how GMA Network asked from him sacks of rice in exchange for TV exposures.

The President made the statement of encouraging to course their donations to the government or the military during disasters on Tuesday while he was in Isabela Province, as he continued to visit areas hit by Typhoon Ompong.

According to the President he has seen first-hand how donations of clothes do not directly reach the intended beneficiaries.

The President was quoted as saying "I'm giving you a testimony. Personal... because I have a TV program, nakikita ko yung matatanda sa opisina, they're sorting out the things that were usable, or are usable for them. Sinasabi ko alam ba nito sa taas?" he said.

Pres. Duterte also revealed how cash donations via prominent TV Networks worked "Ang sabi mag-donate kayo – used clothes, ganon, sa kanila tapos [They say donate – things like used clothes, to them and] they'll give you a bank account number where you can deposit your donation. You're better off giving it to government or to the military and let them distribute it. Direct," he added.

The tough talking President then noted donors should listen to him and believe on what he says because he saw and learned it firsthand.

On Tuesday, the European Union said they mobilized a €2 million emergency aid package to help victims of the storm.