Posted by Phil Newsome on July 23, 2018
The tough-talking President of the Republic of the Philippines started his SONA 2018 at exactly 5:22 PM and concluded at around 6:09 PM or slightly longer compared to the estimated 35-minute speech due to some remarks during his speech. 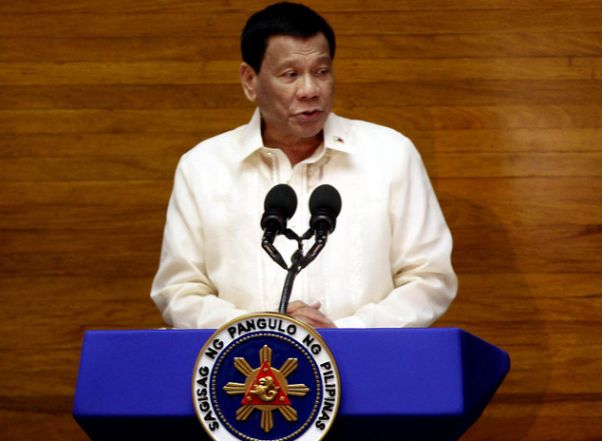 The Summary, Review and Sample Reaction Paper are the personal opinions of the author and it can be used as guide and reference for all students in making their Reaction Paper.

Pres. Rody Duterte started his SONA with the usual acknowledgement of the members of the Philippine Congress, former Presidents, Vice President Leni Robredo, members of the diplomatic corps, members of the Cabinet, the Judiciary, his fellow workers in government and the last but not the least all our kababayans.

The President opened his speech by reminding every Filipinos that about 2 years ago, he solemnly took his oath as worker of the national government. He was inspired to institute real changes for the greater good of the Filipino people.

Pres. Duterte highlighted that the administration's War Against Illegal Drugs is far from over and will not be sidelined, instead, it will be relentless and chilling as what his administration started during his first day in office.

The tough-talking President higlighted to everybody and particularly the Human Rights Commission that his concern is more on human lives and not the human rights because "illegal drugs wasted away lives, dysfunctionalized families and ruined relationship."

The very first President from Mindano also mentioned his concerned for his home island in the south as he revealed that the budget for Mindanao is being increased under his administration. He also noted that by the end of his term, he wants to see the fulfillment of his promise and Mindanao could no longer be just called as the "Land of Promise," but it should received what it is rightful for the island.

On the controversial Bangsamoro Basic Law or now known as Bangsamoro Organic Law, the law is up to his approval and said that he just need 48 hours to study and sign the law. Pres. Duterte stated "Give me 48 hours to sign it and ratify the law."

Pres. Duterte also hailed the successful hosting of the Philippines in the regional summit, the ASEAN Anniversary and Summit last November as he noted that "We will have stronger bonds with ASEAN friends." In the Philippines relationshipw with China, Pres. Duterte said that his administration's dealings with China has led to an unprecedented level of cooperation between nations on the war against transitional crimes. "Our shared intelligence with China led to discovery of clandestine shabu laboratories." Duterte stated.

The President also shared his admiration to our millions of Filipino Migrant Workers spreading around the world for their selflessness and courage in enduring hardships of living away from their respective families. Pres. Duterte also mentioned the fight against 'endo' which has resulted to regularization of more than 300,000 workers but also urged Congress to pass a law against Endo, because he did everything but it's up to the Philippine Congress to pass a law against Endo.

Pres. Duterte also talked about the third telco player as he noted that the chosen entity must provide the best possible services at reasonable prices. The President noted that he wants to lower the interconnection rates between industry players. He also promised to restore the environmental integrity of Boracay Island as he noted that protection of the environment is a top priority under his admin. The President also went emotional as he discussed open pit mining that he said "destroying my country," as he warned the mining operators to be careful because he will not allow anybody to destroy the natural resources of our country and not during his watch.

The President of the Republic also applauded the Philippine Congress for the immediate passing of the Tax Reform for Acceleration and Inclusion or the TRAIN Law. I am committed to a comprehensive tax reform and I ask Congress to continue the job." On TRAIN impact, he said: "You have made funds available to build better roads, bridges and improved health and education."

Duterte also warned rice cartels to stop messing with the people and applauded former Congressman Harry Roque, his presidential spokesperson for authoring the Universal Healthcare bill and urged Congress for the immediate passage of the important bill.

President Rody Duterte's Third SONA is indeed emotional and direct to the point as the President once again reiterated his concerned of continuing the War Against Illegal Drugs despite the numerous setbacks and criticisms of the Commission on Human Rights and other militant groups because he really cared for the youth and the future of this country.

The President also showcased how he really loved his home province and the fulfill his promise for countryside development and increase the budgets for Mindanao and give them what they really deserved, as he noted that he will sign and ratify the Bangsamoro Basic Law in just 48 hours after receipt of the bill.

President Duterte's love for the environment and natural resources was also shown in the latest SONA of Pres. Duterte as he warned LGUs to do their job so that they will not suffer the fate of Boracay and warned also the high profile mining companies not to destroy the environment because he will make sure that they will suffer his wrath.

The President also burned down his critics who blamed him for the higher prices in rice and other commodities to the controversial TRAIN Law but upon further explanations, the TRAIN is not the real culprit for the higher prices because there are other factors that affects the rising prices.

Pres. Rody Duterte's acknowledgement of his top Cabinet Officials for their respective achievements was a clear sign that he is not only working for his own gains and don't only criticized his fellow workers and critics but he is also good in acknowledging those people who really worked hard for the betterment of the country.

When compared to the previous SONA of the President, he now sticks to his script. During Pres. Duterte's First SONA in 2016 his speech lasted for 90 minutes while his SONA last 2017 lasted for 120 minutes which doubled his estimated 50 minutes timeframe.