Duterte: Drug War Will Be Relentless, Your Concern is Human Rights, Mine is Human Lives

Posted by Phil Newsome on July 23, 2018
Pres. Rody Duterte admitted during his Third State of the Nation Address (SONA) that his administration's war on drugs was far from over and it will be relentless and chilling. 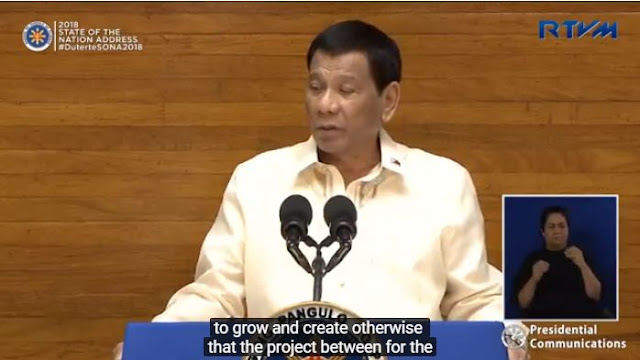 The President was quoted as saying "Let me put it bluntly: The war against illegal drugs is far from over," Duterte said in his Third SONA.

Pres. Duterte noted that the government's war on drugs would be "relentless," citing illegal drugs has "dysfunctionalized families and ruined relationships." The President was quoted as saying "The [war against] illegal drugs will not be sidelined. It would be as relentless and chilling," he said.

The President also noted during his SONA that if some of his critics primary concerned is human rights but for him human lives is more important compared to human rights.

He noted that "You worry about the present but my concern is the future of the youth of this country." Pres. Duterte added further that he will not allow it to happen, sacrificing the youths and not under his watch as President of the Republic.