Posted by Phil Newsome on April 08, 2018
Permanent Representative of the Philippines to the United Nations Ambassador Teddy Locsin Jr. made headlines anew on social media after he burned down ABS-CBN on their alleged biased reporting. 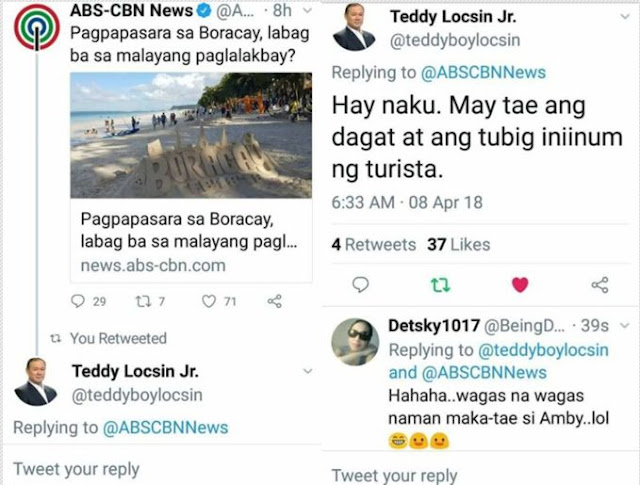 The alleged biased news outlet reported reasons of Boaracay Closure and not in accordance with the international human rights.

Ambassador Teddy Locsin responded to the controversial tweet of ABS-CBN by burning down the news outlet's social media account.

The veteran journalist and broadcaster replied to ABS-CBN by saying that "Hay naku, may tae ang dagat at tubig iinumin ng mga turista."