Posted by Phil Newsome on April 01, 2018
One of the possible senatorial bet of the Liberal Party of the Philippines (LP) and now served as Vice President for External Affairs, Erin Tañada expects to win in the senatorial race as he noted that once 6-7 Senatorial candidates for The Resistance could make it to the Senate, it's already a victory for the opposition.

Rep. Erin Tañada also noted during an interview that The Resistance coalition will also fight against the government's violent war on illegal drugs, noting that the campaign is anti-poor.

The veteran lawmaker added further that they plan to merge with the other political parties as he admits that it would be difficult for LLP to complete their line-up for the 12 senatorial candidates, that's the reason why they need to form The Resistance.

In an interview with the media Erin Tañada was quoted as saying "Tingin ko hindi masa-shut out. Siyempre nandiyan si Bam, nandiyan eh… he has one foot already inside. For sure we cannot all twelve, but if we can half, seven, five in our favor… panalo na kami nun,” Tañada said.

Senator Paolo Benigno “Bam” Aquino has said he would stick with the opposition slate for the 2019 midterm elections.

The formation of The Resistance first came out on national media when Sen. Francis "Kiko" Pangilinan, the President of LP, emphasized that there must be a strong opposition to ensure that democracy will continue to reign in the Philippines.

Sen. Kiko was quoted as saying "Resistance is our movement. We must vigorously resist the slide to authoritarian and anti-democratic rule,” Pangilinan said in an interview with Joseph Morong of GMA News.

Meanwhile, in the administration’s coalition, PDP-Laban, already named some of its possible senatorial candidates, which includes prominent personalities such as SAP Bong Go, Mayor Sara Duterte and Mayor Lani Cayetano to name a few.

Senate Pres. Koko Pimentel also clarified that reelectionist senators such as Cynthia Villar, Angara, Binay, Ejercito and Poe are also included in the list but Pres. Duterte will have the final say in the PDP-Laban senatorial slate. 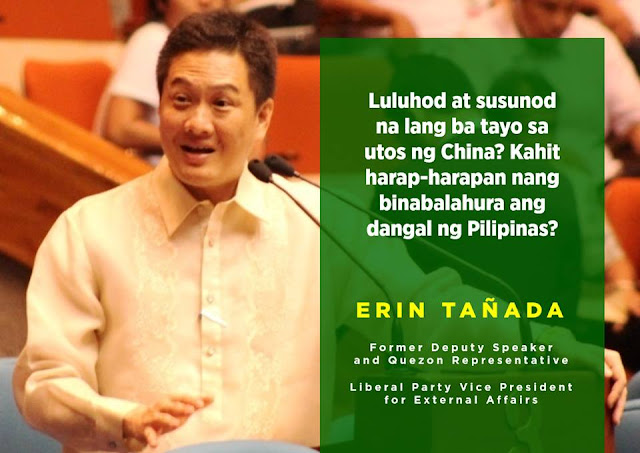