Posted by Phil Newsome on April 16, 2018
Veteran political analyst and popular social media personality Malou Tiquia shared a brilliant suggestions on how could Facebook deal with fake news without the controversial censorship against Filipino Facebook users. 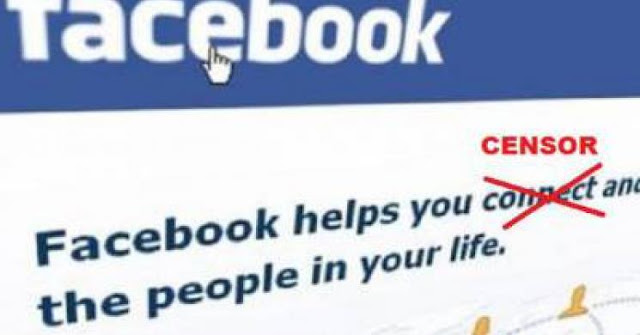 The CEO of Publicus Asia, one of the country's leading survey firm admitted that he has problem about fact checkers authorized by Facebook. The two fact-checkers in the Philippines, Vera Files and Rappler are not really lilly white so she don't understand why Facebook got them.

Malou Tiquia explained that one of the two fact-checkers, Rappler accused Facebook of "weaponising" the internet and they have been delisted as a media organization by the SEC and their case is on appeal but Facebook approved them as fact checker.

The veteran journalist and political analyst suggested that if Facebook wants to get partners, they should get people from the academe, a real third party. She also suggested to those leaving Facebook that if they are not guilty of fake news, there's no reason for them to leave.

I have a problem about fact checkers authorised by Facebook. The two are not really lily white so I don't understand why Facebook got them.

One accused Facebook of "weaponising" the Internet. They have been delisted as a media organisation by the Securities and Exchange Commission of the Philippines (a government regulator) and their case is on appeal and Facebook approves them as a fact checker? How can that be? Was there a misrepresentation made? The other always sided with the biggest and loudest mouth elected as Senator in the country. Where is the balance there?

If Facebook wants to get partners, get people from the academe, a real third party.

Now to those leaving Facebook, if you are not guilty of fake news, there is no reason to leave. Said in a different light, were you purveyors of fake news? If not, why are you giving up the marquee? Yours is prime real estate in social media. Write in Tagalog or Bisaya. So many ways to communicate correctly using facts.

Facebook, Filipinos are not stupid. We do not need your two fact checkers to tell us what to believe in. "Freedom of speech is a principle that supports the freedom of an individual or a community to articulate their opinions and ideas without fear of retaliation, censorship, or sanction."

I suggest you clean your backyard first, Facebook before crossing over to the Philippines. There is so much dung on your social space in the US.

Yes, Facebook is free but you have all our data, right? You sold it, you earned from it. You have your ads and you earn from it and with your CEO called in the US Congress, your knee jerk was to start censoring free speech in your platform, picking the Ph as your sample via the two fact checkers? Really, now! Clean the US first! You got your president through your algorithm, right?