Posted by Phil Newsome on April 07, 2018
One of the country's leading news anchor and veteran journalist, Ted Failon made another expose on national TV as he revealed the discrepansies and sub-standard construction projects of the National Housing Authority during the Aquino administration. 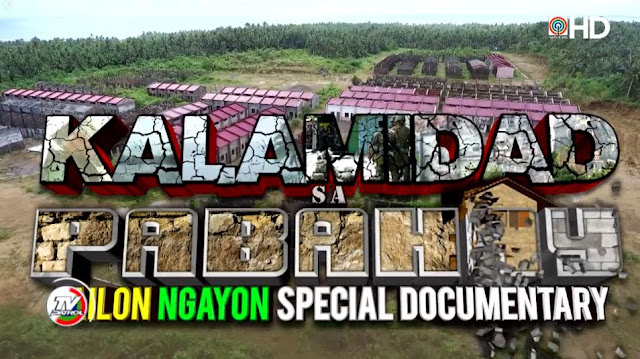 The special documentary presented by Ted Failon for his weekly TV show, Failon Ngayon titled "Kalamidad sa Pabahay" expose the results of the housing projects intended for the victims of calamities but right now the benificiaries also considered themselves as victims of the substandard housing projects.

Watch the Controversial Expose of Ted Failon About the NHA Projects During PNOy's Admin:

Based upon the initial investigation of Ted Failon, the housing projects of the National Housing Authority (NHA) were indeed following the housing standards and the contractors were obliged to follow their rules.

According to Engr. Grace Gueverra, Regional Manager of NHA Visayas, the housing project of the national government could withstand 250 km wind load capacity, could withstand 7.4 magnitude earthquake, and they considered the housing units to be fire resistant at least up to two (2) hours.

One of the benificiaries of the NHA housing project, Bryan Pugoy, construction worker noted that based on his little knowledge on construction, he could conclude that there's something wrong with the way the housing projects were constructed. Some of the pre-cast the contractor used were not made of steel but unfortunately it was made of bamboo.

Some of the controversial project of the NHA includes the Iligan Bay Vista Village; Zamboanga Siege project worth P79.16 million by Bilrey Construction; and Typhoon Pablo Victims projet worth P69.3 million by C.S. Garcia Construction, to name a few.

The highly anticipated "Kalamidad sa Pabahay" Documentary hosted by Ted Failon will be shown on national TV tonight at around 11:00 PM in ABS-CBN Channel 2.