Posted by Phil Newsome on April 22, 2018
Presidential spokesperson Harry Roque burned down Malacanang reporters anew for their misleading questions. Spox Harry Roque cannot afford to insult a reporter even if they asked stupid questions during the press briefing. 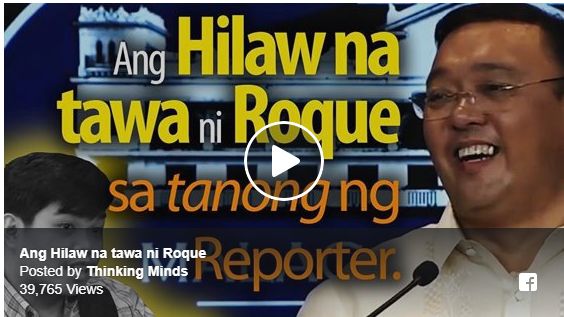 The Malacanang reporter asked "Relatedly, the President said yesterday, that he is the only one  that decides of who gets in the country and how will the President carry this out.

Spox Harry Roque burned down the reporter by stating "Well, alam n'yo naman na talagang ang CID ay under the Executive, effectively the CID operates under the authority the Office of the President" Roque stated.

The MPC member asked further, "When you said that foreigners are not allowed to participate in political activities in the Philippines, are we not being selective, because last February, members of the Communist Party of China had a political engagement with PDP-Laban here in Manila.