Posted by Phil Newsome on April 05, 2018
The camp of losing Vice Presidential candidate and former Senator Bongbong Marcos discovered some pre-shaded ballots inside some of the ballot boxes now at the Supreme Court during the third day of manual recount for the VP race by the Presidential Electoral Tribunal (PET). 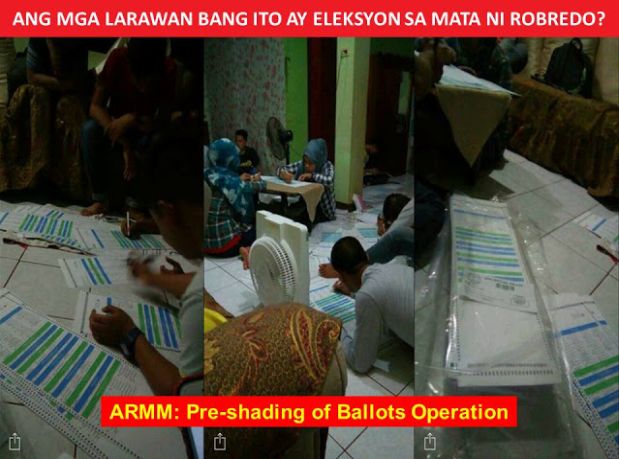 Sen. Marcos and his camp noted during the third day of the Vice Presidential electoral protest that his camp was cheate during the 2016 national elections allegedly by the camp of the winning Vice Pres. Leni Robredo.

Watch the Video Report of PTV4:

According to some reports there were unused or excess ballots which were pre-shaded, favoring Leni Robredo. The discrepancies of the said ballots were discovered from the ballot boxes from the towns of Bao and Bato, Camarines Sur.

The pre-shaded ballots controversy followed the initial discovery during the first day that there were five wet ballots followed by another ballots from different towns of Camarines Sur.

VP Leni's explanations about the wet ballots were indeed ridiculous blaming the typhoon that hits Bicol despite the fact that the said ballots were required to be water and weather proof.