Posted by Phil Newsome on March 27, 2018
Some residents who were beneficiaries of the Yolanda Housing Projects in Tacloban City complaint about their alleged substandard housing units which was constructed by the Aquino administration as part of the Yolanda rehabilitation efforts of the Aquino government. 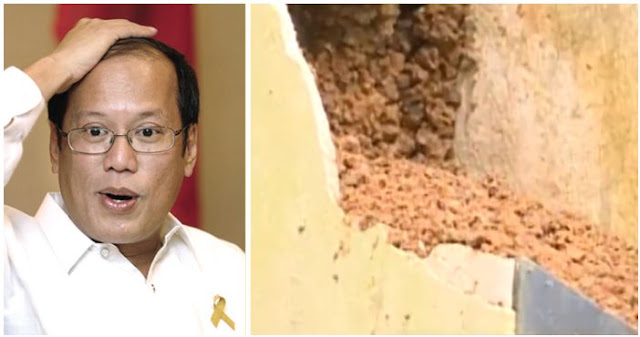 One of the Yolanda Housing benificiary reported that they are having some insecurities with their housing units after they learned that the houses they now owned were not constructed with cement but they were composed of ordinary sands.

Watch the Video Report by Bandila on the Alleged Yolanda Housing Failures:

Aside from the sand structures found inside the walls of some Yolanda Housing units, another resident also complaint that they could not sleep during rainy seasons because of unstable roofings.

The Yolanda housing residents also complaint of floodings during incessant rains in the relocation site. They also have problems with their water and electrical connections and they even worry of their safety once an earthquake strike in the area.

Due to the severity of the problems in the Yolanda Housing communities in Tacloban, ABS-CBN tried to interview NHA Regional Manager Rizalde Mediavillo who confirmed that the problems should be directed to developer because it is their responsibility to do so.