Sen. Marcos Reveals the Lessons Learned from Pres. Duterte on How to Deal with People (Video)

Posted by Phil Newsome on March 30, 2018
Former Governor of Ilocos Norte and veteran lawmaker, Senator Ferdinand "Bongbong" Marcos revealed the lessons he learned from Pres. Rody Duterte especially on how the President deals with people, both local and international. 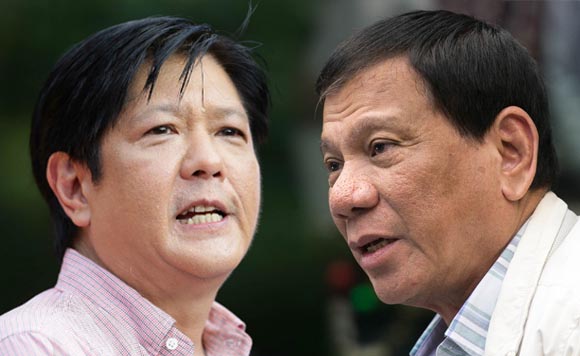 Sen. Bongbong Marcos posted a viral video on his official website showcasing how Pres. Duterte taught him a lot of things as he greeted the chief executive on his 73rd birthday.

Watch How Sen. Marcos Learned from Pres. Duterte in Terms of Communications:

The veteran lawmaker stated that he learned a lot from the former Mayor of Davao City particularly in communications. Sen. Marcos stated that he was told to speak diplomatically but the President's style is indeed more effective.

The former senator and Governor showed how he talked diplomatically but admitted that President Duterte's style of talking resonates more and indeed more effective nowadays.

The greetings of Sen. Bongbong Marcos to Pres. Rody Duterte in celebration of the President's 73rd birthday went viral on social media as it garnered more than 1.4 million views and still counting with more than 100k Likes, and 39K Shares.