Posted by Phil Newsome on March 27, 2018
Former Ambassador of the Philippines and veteran columnist of The Manila Times, Rigoberto Tiglao revealed the Five Leadership Lessons every Filipino should learn from Pres. Rody Duterte. 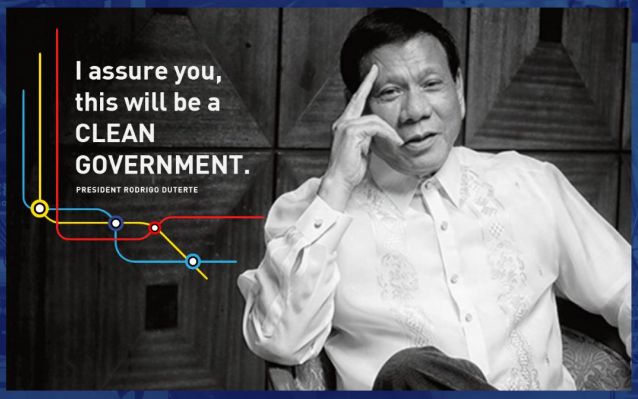 According to R. Tiglao based upon the latest survey results on Pres. Duterte's performance as President, he got a favorable records compared to the previous Presidents in both the Pulse Asia survey and SWS survey results.

The veteran journalist and political analyst, R. Tiglao revealed how Pres. Duterte got the popularity he is enjoying right now. Pres. Duterte's popularity could be emulated by politicians and those who aspire to be a leader.

Here's the Five Leadership Lessons We Should Learn from Pres. Duterte:

1. Be yourself. Don’t pretend to be somebody else.
2. It’s not important what you say, but what you do.
3. Focus on one crusade at a time, but let your subordinates pursue their advocacies.
4. Defy and challenge the powers-that-be. The real power is people’s support.
5. Lastly, have a strong sense of empathy, and express it.

Nobody can deny the authenticity of Pres. Rody Duterte since the time he assumed office as Mayor of Davao City.

Tiglao also noted that he can assert every President tried to be somebody they were really not with the exceptions of Pres. Duterte.

The veteran journalist stated that President Estrada pretended to be one with the masses, even if that was really only his movie persona. The worst pretender of course was the spoiled brat Benigno Aquino 3rd. One could even feel that he was performing whenever he talked to the public. His sidekick Mar Roxas shouting “P***** ina” at a rally was a pathetic attempt to be somebody else.

To know more about the Revelations of Rigoberto Tiglao with regards to the Leadership Lessons we should learn from Pres. Rody Duterte, just head on to the official website of The Manila Times.