Pres. Duterte Declares Sept. 21 as "National Day of Protest" Not a "Holiday"

Posted by Phil Newsome on September 19, 2017
The tough-talking President of the Philippines, Pres. Rody Duterte declared September 21, 2017 as a "National Day of Protest" and not a Holiday as he encourage all those people who wanted to protest against the government to go out and air their views on the streets. 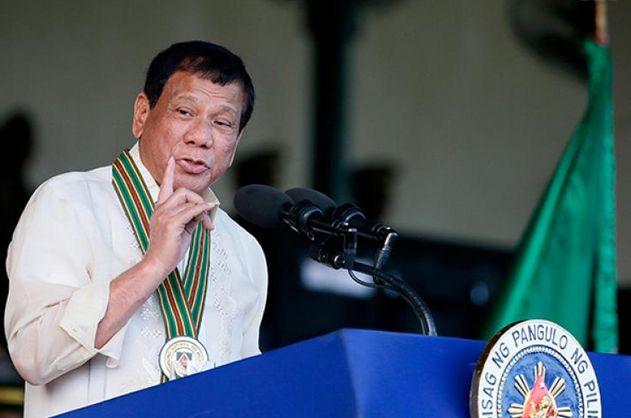 Pres. Duterte was quoted as saying "Lahat ng gustong magprotesta laban sa government, pumunta kayo," he said during an ambush interview with some reporters in Caloocan.

Pres. Duterte's declaration of Sept. 21 as a national day of protest coincides with the 45th anniversary of Martial declared nationwide by the late Pres. Ferdinand Marcos.

The former Mayor of Davao City clarified that Sept. 21 is a "National Day of Protest" and not a "Holiday." The President encourage all who want to stage protests against the government, police, military and everyone, to come down and launch a rally but he also warned that protesters should not commit crimes against the government.

The President also noted that "even us in the government, I will also protest because we have meager salary. We don't have equipment. We don't have allowance. Let's all stage massive protests," he added.

Pres. Duterte also said that even communists fighting a war in the mountains could attend the protests and he will order the government forces not to arrest the "Red Army," noting that the police and the military would all be in their "barracks" except for those who would manage traffic.

"I will not arrest you but for the life of me, do not commit crimes. No vandalism," Pres. Duterte said.

Several groups, particularly the  leaders of the opposition and the group "Movement Against Tyranny" have expressed their intent to hold rallies on September 21, the commonly acknowledged date of the declaration of Martial in the Philippines during the Marcos years.