Posted by Phil Newsome on September 19, 2017
The Office of the Ombudsman indicts Iloilo City Mayor Jed Mabilog who was accused by Pres. Duterte as one of the narco-politicians in the Visayas, for his alleged involvement in a graft case. Ombudsman Morales revealed that there was probable cause to charge Mayor Mabilog for entering into an alleged anomalous towing services agreement in 2015. 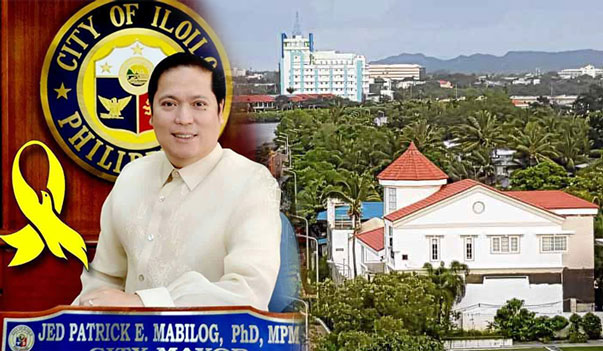 The Office of the Ombudsman stated that Mayor Mabilog and Sangguniang Panglungsod member Plaridel Nava II was charged with one count of violation of Section 3(h) of the Anti-Graft and Corrupt Practices Act each after they were found to have a "pecuniary interest" in 3L Towing Services.

The towing service company 3L signed a memorandum of agreement with the City Government of Iloilo for the implementation of the clamping ordinance.

Nava was included in the indictment even if he originally acted as a complainant accusing  Mabilog of “employ(ing) his services to perpetuate and consummate his illegitimate, immoral, dishonest and underground acts and transactions with private groups and corporate personalities doing or intending to do business in the city of Iloilo by using his power and influence as the chief executive of the city government.”

Nava–who said he was ordered by Mabilog to look for a dummy owner—sought the Ombudsman’s help after 3L proprietor Leny Garcia told the Iloilo mayor three months later that  the MOA was facing “legal issues” that warrant a withdrawal.

Pres. Duterte has ordered some government agencies to conduct a lifestyle check on the Iloilo City Mayor, who he said has a "palace-like" mansion in Iloilo City. Mayor Jed Mabilog is currently abroad for his treatment.

During the conduct of lifestyle check visit in the house of Mabilog, he was absent due to some commitments in Japan. He later wrote a letter to take a leave of absence for his treatment abroad. The event of Mayor Mabilog's successive trips abroad coincides with the report that PCI Jovie Espenido will be assigned to Iloilo City but did not pushed through.