Posted by Phil Newsome on March 22, 2020
Some unnamed politicians were exposed by a medical personnel working at the Research Institute for Tropical Medicine in Muntinlupa City who were allegedly enjoying some VIP treatment just for them to be tested with COVID-19 pandemic.

The abusive government officials have their own codes and did not went into the regular queue. A certain senator even demanded for a "repeat test" to make sure that he/she is negative from COVID-19 infection.

The RITM worker also revealed that even those workers who are in-charge in the releasing of results were given warning to be suspended once the results will not be released within 24 hours.

This is one of the reasons why the workers at RITM gave priority to those abusive politicians and the director was even used as a scapegoat by the DOH and based on what they heard the director at RITM will be replaced this coming Monday.

The concerned citizen also noted that those politicians were not even Persons Under Investigations (PUIs) or Persons Under Monitoring (PUMs) but they were given priority treatments.

The RITM worker even name dropped Jinggoy that all members of his families were tested and the results were released yesterday. 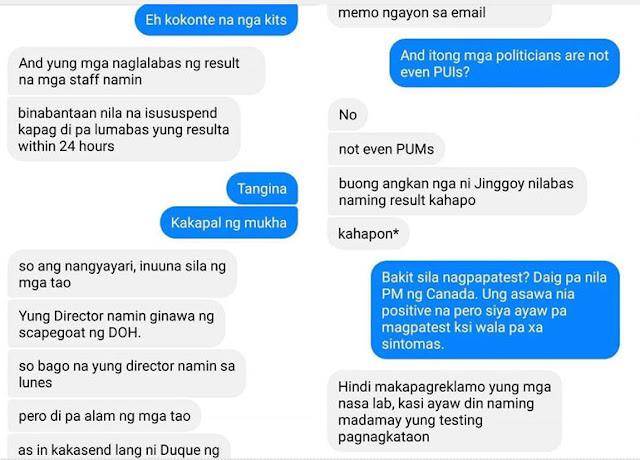 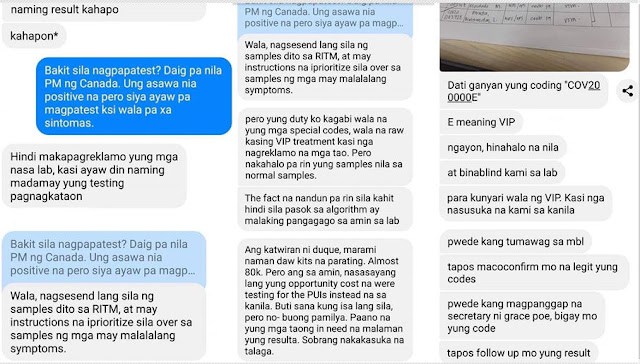