Philippines to Acquire Russian-Made Submarine for the First Time

Posted by Phil Newsome on January 29, 2020
The Philippine government under the administration of Pres. Rody Duterte will be acquiring the country's first-ever submarine, a Russian made Kilo-Class Diesel-Electric Submarine. 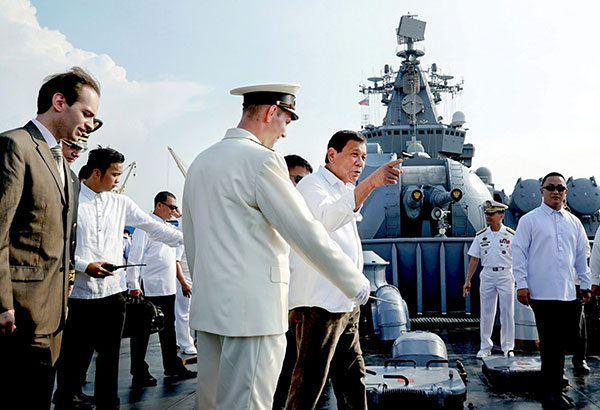 According to the Department of National Defense Secretary Delfin Lorenzana confirmed to the media for the possible acquisition of the submarine and if the Philippines has nomoney to buy its first-ever submarine, Russia is more than willing to provide the country with "soft loans."

The Russian-made Kilo-class diesel electric submarine has surface displacement of 2,350 tons, a length of 73.8 meters and capable of speeds up to 17 to 20 knots.

The submarine which will be the country's first-ever submarine can be armed with a variety of torpedoes, missiles and naval mines and has a cruising range of 6,000 to 7,500 nautical miles.

In an interview with the media, Secretary Lorenzana was quoted as saying "Kung wala tayong pera pahihiramin tayo ng Russia, soft loans (If we don't have the money, Russia will lend us soft loans), Lorenzana said. Soft loans refers to financing with no interest or below market rate of interest.

Aside from Russia, the Philippines is also looking at other possible submarine suppliers in Europe, including France as Lorenzana noted that the country's submarine acquisition program, including possilbe suppliers will be most likely finalized in the next 12 months.

DND Spokesman Arsenio Andolong said in a separate interview that the acquisition of the country's first submarines will be brought forward to Horizon Two of the Revised Armed Forces of the Philippines Modernization Program (RAFPMP).

The Russian-made submarine is exported by Russia to various parts of the world with China having 12, India with 10, Vietnam with 6, Iran with 3 and Algeria with 2.

The Russian fleet operates with 22 Original Kilo, 6 improved kilo and additional 6 submarines to be delivered between 2019-2021.

Watch the Video About the Russian Submarine: