Posted by Phil Newsome on January 19, 2020
Concerned netizens praised the government under the administration of Pres. Rody Duterte for setting up modular tents for the affected families of Taal Volcano eruption, saying it would give more privacy to the victims. 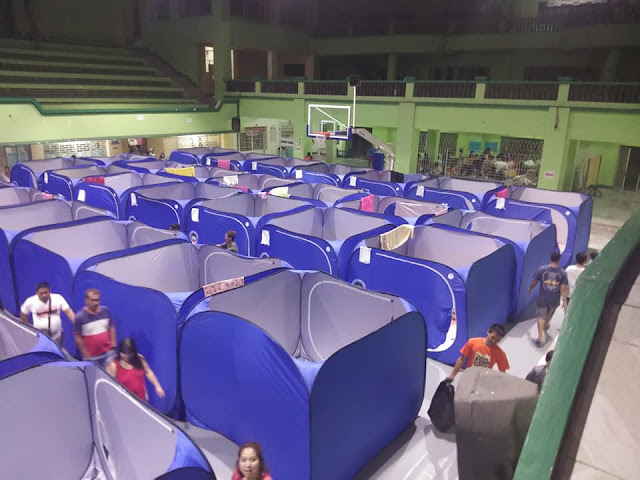 Various government agencies and the Local Government Units affected were setting up their own version of modular tents to showcased their abilities to respond to disaster and to prove that there is indeed changes in the society.

Netizen Jan Faye Opena shared the photo of the evacuation center in San Pablo, Laguna where some people from Batangas asked for a temporary shelter.

The concerned netizen who posted the said modular tents on Facebook claimed that the evacuees are not having a hard time saying in the said center because of the tents that gives them privacy and there's no shortage of food also. 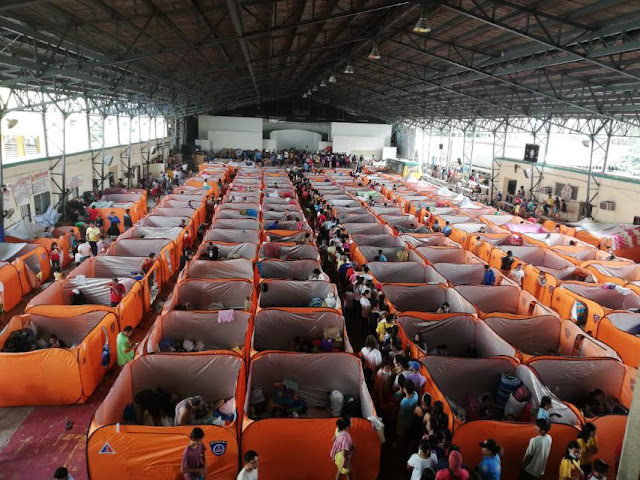 A fellow netizens commended the Duterte admin for encouraging the LGUs to actively participate in providing a more decent shelters among evacuees.

Thats how the DU30 govt works, nagtatrabaho lahat ng LGUs in coordination sa DSWD at tasked agencies of the govt to help,assess, monitor the flow of funds needed in affected areas ThankYou PRRD with your NoCorruptionPolicy,” netizen Teresita Curato-Dapoc said.

Based on initial reports modular tents are being set up in Batangas Sports Complex and the officials said that there's also no shortage of foods because from time to time various NGO's and government agencies provided relief foods for the victims of Taal eruptions.

The evacuees only needs more mats, diapers, napkins, shampoo and other sanitary items. The Quezon City Government already sent their extra modular tents to Tanauan City Hall to help the evacuees stationed in the said areas.

The modular tents inside evacuation centers is a common practice among our richer Asian neighbors such as in Japan, Singapore, South Korea and Hong Kong.