Posted by Phil Newsome on December 13, 2019
Veteran radio host and concerned netizen took to social media as he slammed Sen. Grace Poe, for her alleged lobbying for the controversial water concessionaires Maynilad and Manila Water.

In a news report posted by Inquirer, Sen. Grace Poe has expressed alarm over the revocation of Maynilad and Manila Water's concession agreement extension saying it may affect the distribution of water to consumers.

Radio host Carlo De Leon rebuke the senator for worrying about water interruption because Maynilad and Manila Water's have fallen out of government's favor and after Pres. Duterte exposed the 'onerous' deals between the government and the two water concessionaires.

The radio host reacted that no matter what angle he looked at it, it was clear that the water concessionaires got the support of the senator. He told Sen. Poe the revocation of concession agreement is good for the Filipino people.

"Senator Grace Poe, the revocation of the water concession agreement extension is good for the Filipino people."

Carlo De Leon reminded Sen. Grace Poe that the senator's fear of water interruption is baseless if the water companies will turn-over properly the business of water distribution and treatment facilities currently being managed by Maynilad and Manila Water.

De Leon also noted that three years is sufficient time to plan for a smooth turnover. Besides, water distribution is an old technology that dates back to Ancient Rome. 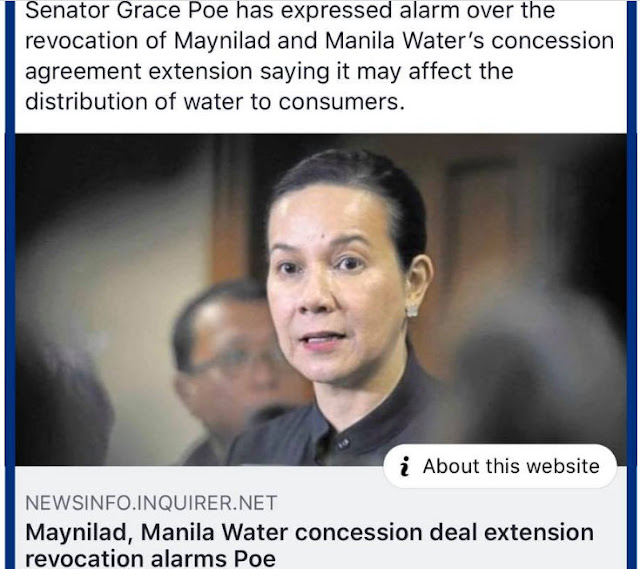 Senator Grace Poe, the revocation of the water concession agreement extension is good for the Filipino people.

Your fear of water interruption will not happen if the water concessionaires turn over the business of water distribution and treatment facilities properly to the government or the next concessionaires (if we are still sold on the idea of privatization).

2022, is three years from now. There is sufficient time to plan a turnover without any water interruption. The Ayalas and the MVP group doesn’t have a monopoly on water management expertise. For heaven’s sake, water distribution is an old technology that dates way back to Ancient Rome, where they used aquaducts and gravity to distribute water.

Lastly, why are you lobbying for the water concessionaires? They and their minions in government swindled the Filipino people and robbed them blind.

It is clear to me that those water concessionaires got to you. It’s so obvious, as nobody in his or her right mind would want the Filipinos to suffer from any further water interruption and the high price of water.

Government is responsible for the public utility services needed by the people. Remember that. 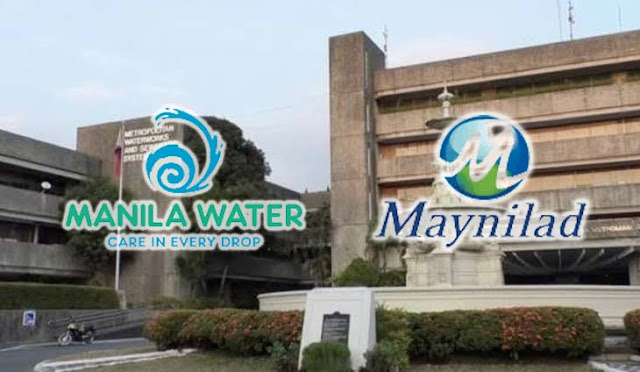