Posted by Phil Newsome on June 24, 2019
The second highest government official in the Philippines, Vice President Leni Robredo made headlines anew on social media after she was called "Boba" by no less than Foreign Affairs Secretary Teddy Locsin and urging anyone to give the Vice President some brain. 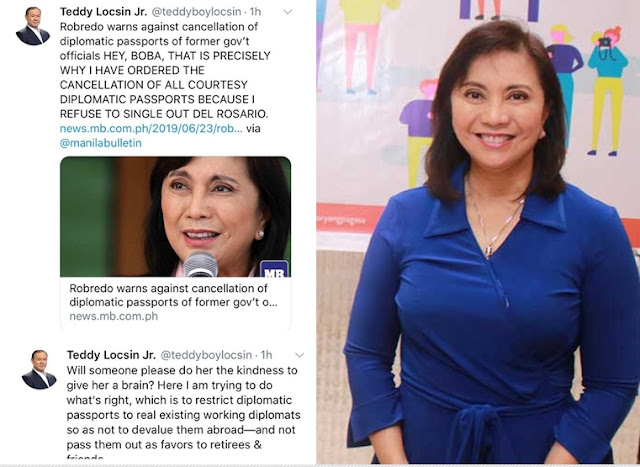 The burning down of VP Leni on social media caught the attentions of many netizens after the Vice Pres. warned the Duterte administration against resort to a "knee-jerk reactions," such as cancelling the diplomatic passports of former government officials.

The Vice President questioned the Department of Foreign Affairs’ sudden move to cancel all courtesy diplomatic passports of ex-diplomats after the Del Rosario incident in Hong Kong.

The statement of VP Leni Robredo reached the office of the Department of Foreign Affairs (DFA) headed by Secretary Teddy Locsin Jr., the one who burned down VP Leni Robredo on social media just recently.

Sec. Locsin added further that "Will someone please do her the kindness to give her a brain? Here I am trying to do what's right, which is to restrict diplomatic passports to real existing working diplomats so as not to devalaue them abroad - and not pass them out as favors to retirees & friends." Locsin added. 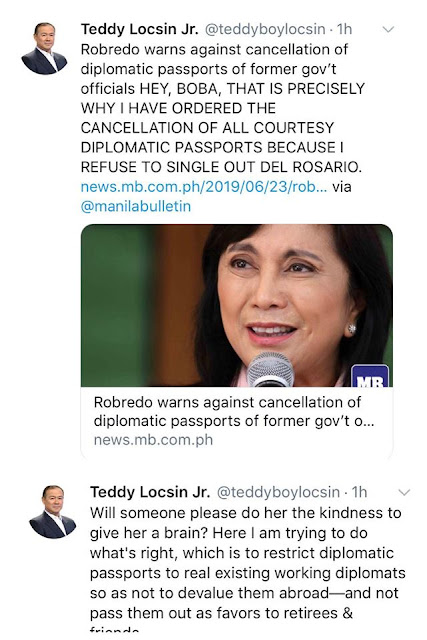