Posted by Phil Newsome on June 24, 2019
The tough-talking President of the Philippines who is now in Thailand has accused the the mother of controversial lawmaker, Senator Antonio Trillanes IV and alleged pork barrel scam mastermind Janet Lim Napoles as the ones behind the supposed anomalous purchase of Kevlar helmets. 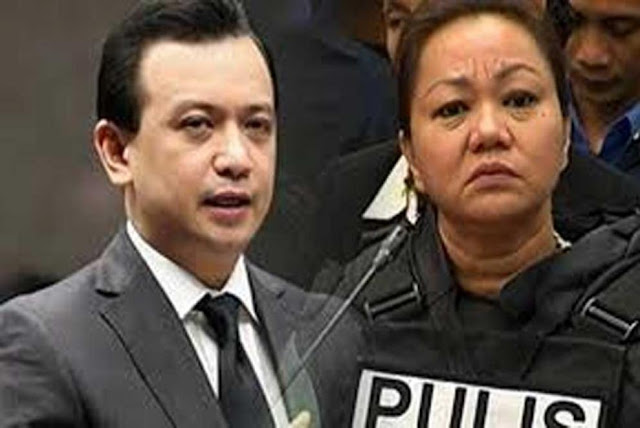 Pres. Rody Duterte revealed the latest expose against Trillanes during the President's speech at the inauguration of his son, Davao City Vice Mayor Sebastian Duterte on Friday, identifying once again one of his fiercest critics who was allegedly involved in graft and corruption at the PMA.

President Duterte's statement against Trillanes and Napoles re-surface anew on social media after the controversial incident involving some critics of the President defending the Recto 22 victims, particularly Trillanes giving misleading information to the public.

Napoles and her husband, retired Marine Maj. Jaime Napoles, were also charged with graft and malversation in connection with the alleged anomalous purchase of Kevlar helmets worth P3.8 million.

Pres. Duterte did not only accused Trillanes on the said issue  but the President responded with a chilling revelations.

The President in September 2018 accused the mother of Trillanes of allegedly entering into business transactions with the Philippine Navy when the senator and his father were still in the military service. This was a clear case of conflict of interest, Duterte said.

The veteran lawmaker Trillanes has denied Duterte’s allegation and bared that his mother was suffering from advanced Parkinson’s Disease.