Posted by Phil Newsome on September 18, 2018
Another significant achievements in Pres. Rody Duterte's war against smuggling was reported in Zamboanga City as operatives of the National Bureau of Investigation (NBI) have intercepted a shipment of 105 tons of suspected smuggled rice at a private wharf in Zamboanga City. 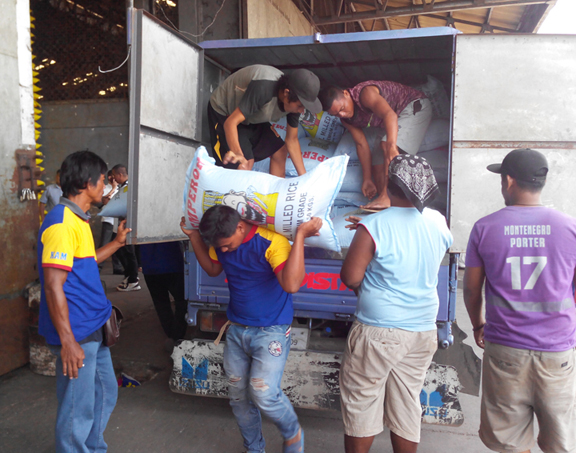 According to NBI Regional Director Moises Tamayo disclosed that the smuggled rice shipment-valued at P4.2 million-was intercepted around 1:14 AM Monday at a private wharf in Barangay Baliwasan, West of Zamboanga City.

The NBI Director said that they received reliable information from a tipster that two wooden-hulled vessels were unloading sacks of rice at the private wharf. However, he said the two vessels have already sailed when authorities managed to reach the wharf aboard a vessel of the Philippine Coast Guard (PCG).

In an interview with PNA, Director Tamayo was quoted as saying "We coordinated with the Coast Guard to provide us the watercraft while to the Police Maritime Group for security before we proceeded to the wharf,” he added.

The target wooden-hulled vessels was not apprehended, what they apprehended instead, Tamayo said, were 17 "Bongo" trucks loaded with 2,100 sacks of rice of 50 kilos each or a total of 105 tons. The trucks were about to leave the private wharf to deliver the bags of rice, which are part of the two boatloads of rice shipment.

He said the 17 trucks and its cargoes were taken to the warehouse of the Philippine Ports Authority after the drivers failed to present documents of the rice shipment. A parallel inventory will be conducted together with the Bureau of Customs to determine the exact cost of the confiscated rice shipment.