Must Watch: SAP Bong Go Challenges Trillanes to Resign if the Senator Can't Prove Allegations Against Him 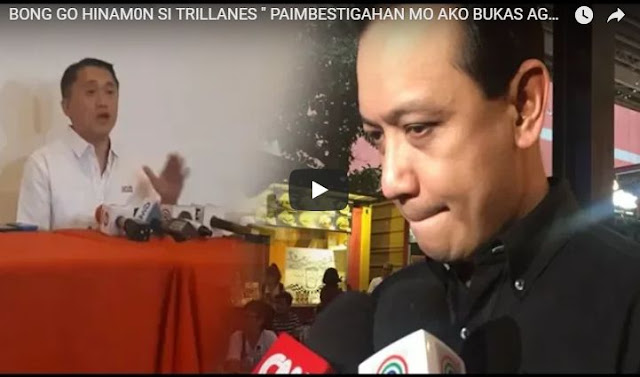 Sen. Trillanes who is now holed up inside the Senate for more than one week, accused SAP Bong Go's family of being involved in a multi-billion contracts with the government.

On Monday, Sen. Trillanes said that he would file a resolution seeking to probe on the alleged questionable infrastructure projects cornered by Desiderio Go and Alfredo Go, father and half-brother, respectively of SAP Bong Go.

SAP Bong Go said that he was open to an investigation by the Senate on the multi-billion-peso public works contracts allegedly awarded to firms owned by SAP Bong Go's father and half-brother.

The most trusted ally of Pres. Duterte was quoted as saying "“I welcome any, and all, investigation or Senate inquiry that Trillanes will call in relation to my family’s alleged involvement in “billions of pesos” worth of projects. I am even asking Trillanes to start as soon as possible. Kahit bukas agad pwede akong sumalang sa senado, para naman mabisita ko sya kung saan sya nagtatago (I can go to the Senate tomorrow so that I can visit him where he is hiding),” Go said.

“I will be more than happy to face the inquiry as this will give me another chance to prove my non-involvement and another Senate appearance will also give me free media mileage,” he added.

SAP Bong Go also vowed to resign immediately if he was found involved in the awarding of the contracts to his family's companies, but he also dared Trillanes to resign if he cannot prove his involvement despite the fact that Trillanes will longer be a senator after the 2019 elections.

The Special Assistant to the President also revealed during an interview with some media that even the family of Trillanes were allegedly involved in business opportunities despite the fact that Trillanes and his father were still working with the Philippine Navy. 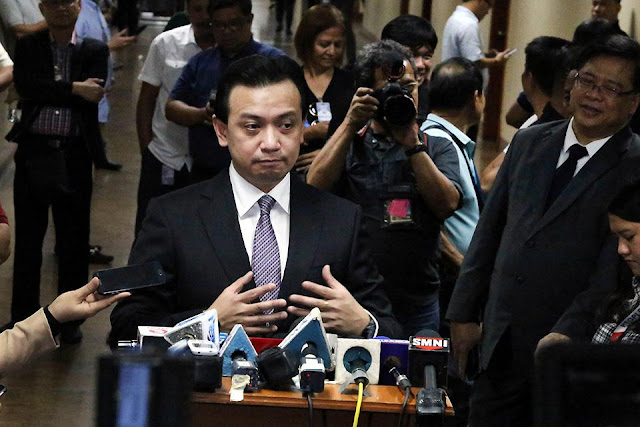