Posted by Phil Newsome on September 25, 2018
The alleged bad karma of the Liberal Party and the opposition still continued with the recent report that a Muntinlupa Court has denied the request of the camp of detained Sen. Leila de Lima to disqualify 13 prisoners as prosecution witnesses in her trial on charges of conspiracy to commit illegal drug trading. 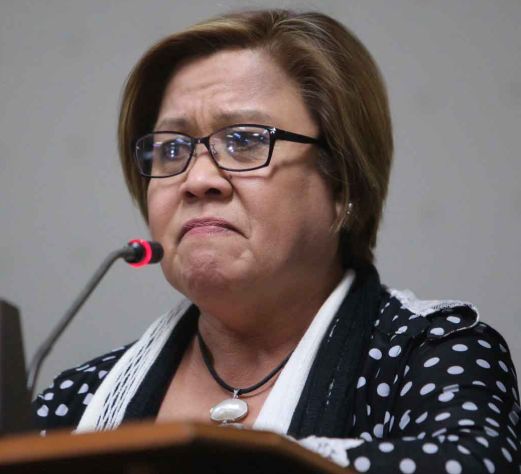 The report of Sen. De Lima's petition denial came out after the decision of Makati RTC Branch 50 was released to arrest Sen. Antonio Trillanes and in fact he was arrested and underwent booking procedures but luckily he was able to post a P200,000 bail for temporary liberty.

Meanwhile, back to De Lima's case, the prisoners, according to the defense were "convicted of involving moral torpitude," a ground that disqualifies them to be state witnesses at the trial based on Section 10 of Republic Act 6981 or the Witness Protection, Security and Benefit Act.

The government prosecutors opposed the motion, saying the prisoners are not accused in the case.

In a decision in case 17-167, Acting Presiding Judge Lorna Navarro-Domingo of the Muntinlupa Regional Trial Court Branch 206 junked the motion, citing Section 20 under Rule 130 of the Revised Rules of Criminal Procedure, which states that “all persons who can perceive, and perceiving, can make their known perception to others, may be witnesses.

Religious or political belief, interest in the outcome of the case, or conviction of a crime unless otherwise provided by law, shall not be ground for disqualification.”

Muntinlupa Judge Navarro-Domingo said that the only basis for the disqualification of witnesses in the drug case are by reasons of mental incapacity or immaturity and privileged communication.

Opposition Senator Leila de Lima surrendered to the Philippine National Police (PNP) last February 24, 2017 over drug charges filed against her by the Department of Justice (DOJ) before a court in Muntinlupa City.

During the arrest of De Lima by the PNP-CIDG, she yield to authorities without any question as she stepped out of the Senate building voluntarily and proceeded to Camp Crame, where she is now detained at the PNP Custodial Center.