Posted by Phil Newsome on September 15, 2018
The Philippine government under the administration of Pres. Rody Duterte has put up a bounty on fugitive businessan and alleged drug lord Peter Lim, who is facing drug charges as confirmed by Justice Secretary Menardo Guevarra on Friday. 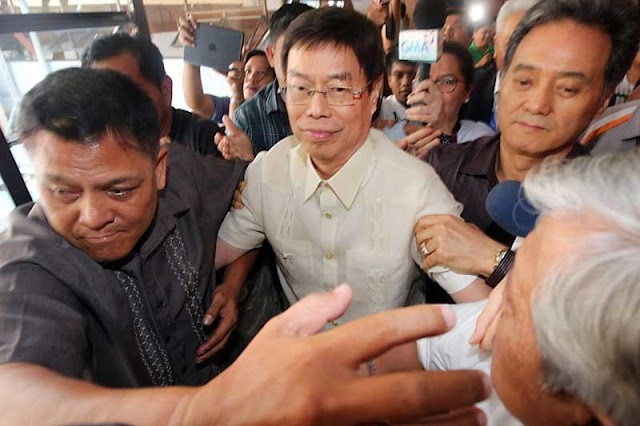 Businessman Peter Lim is facing charges in a Makati court and the decision of the government to offer a bounty will proved the critics wrong about the allegations that Lim had some connections with some Palace officials.

In an interview with the media, Sec. Menardo Guevarra was quoted as saying "The government is also ready to give a reward of PHP500,000 to anyone who can give information on the exact whereabouts of accused Peter Go Lim, provided that such information will lead to the actual arrest of said fugitive," Guevarra told reporters.

The DOJ Secretary also warned all persons coddling Peter Lim, who has been indicted for conspiracy to trade in illegal drugs, that they will be prosecuted for obstruction of justice.

During the arraignment on August 28, 2018, neither Peter Lim nor his co-accused Ruel Malindangan showed up but the other two accused — self-confessed drug dealer Rolando “Kerwin” Espinosa and Marcelo Adorco -- pleaded not guilty to the two counts of the non-bailable offense of conspiracy to commit illegal drug trade.

The Palace also noted that both Espinosa and Adorco are in government custody, while Malindangan is at-large and is also the subject of an arrest warrant issued by the Makati Regional Trial Court (RTC) Branch 65 Judge Gina Bibat-Palamos.

Last Aug. 14, the court issued a warrant of arrest against Lim after evaluating the information and supporting evidence filed by the Department of Justice.

Judge Palamos also ordered the Bureau of Immigration to prevent Lim from leaving the country by issuing a Hold Departure Order on Aug. 17, 2018.