Posted by Phil Newsome on September 17, 2018
The Bureau of Customs (BOC) under Customs Commissioner Isidro Lapeña has released 7,000 bags of smuggled rice previously confiscated by the BOC, following the directive of Finance Secretary Carlos G. Dominguez III to donate the contraband to those affected by Bagyong Ompong as agreed upon by Pres. Duterte. 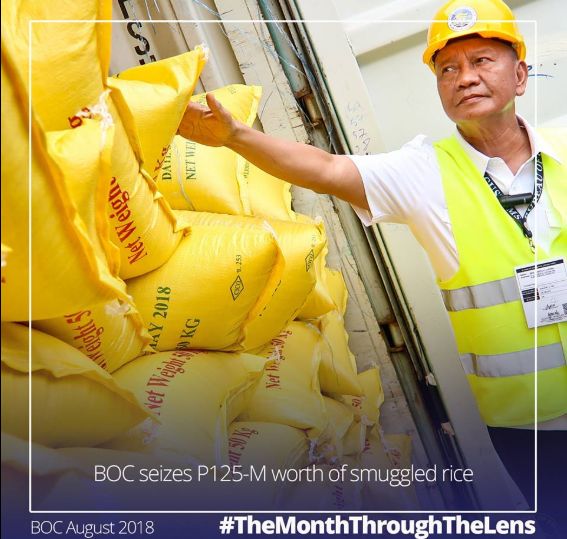 The smuggled rice which will be distributed by the BOC to Ompong-affected areas, came from the smuggled items that enter the country without the correct import duties and other taxes being paid.

The Bureau of Customs is an agency attached to the Department of Finance. Sec. Dominguez earlier instructed the BOC to release all confiscated rice, as well as other food items in the BOC's possession, and donate them to the Department of Social Welfare and Development (DSWD).

Based upon the Customs Modernization and Tariff Act, rice and other seized goods-such as food, clothing, and medicines-can be donated to the DSWD.