Posted by Phil Newsome on September 20, 2017
International political analyst and a well-known supporter of Pres. Rody Duterte on social media revealed the difference between the account numbers inquired by Sen. Trillanes on his personal trip to Singapore compared to the account number with the same bank whom he released a waiver earlier. 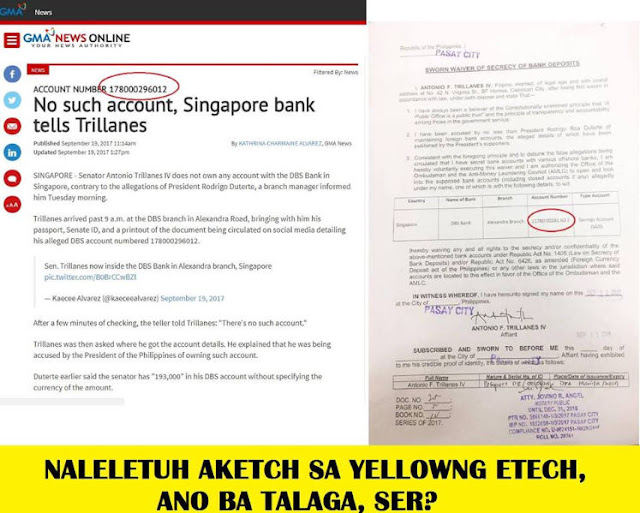 According to Sass Rogando Sasot, Sen. Trillanes was fooled by Pres. Duterte about the real account number allegedly owned by Trillanes.

P.S. Thanks to Kuya Rey.

Pres. Rody Duterte already admitted that actually uses the wrong account number to fool Trillanes who immediately went to Singapore to prove that Pres. Duterte is a liar without thinking that he was just being fooled by the President.