Posted by Phil Newsome on February 06, 2020
Manila Bulletin writer and prominent blogger Krizette Laureta Chu lauded Japan's response to the coronavirus outbreak in China, considered as one of their rival in the region. 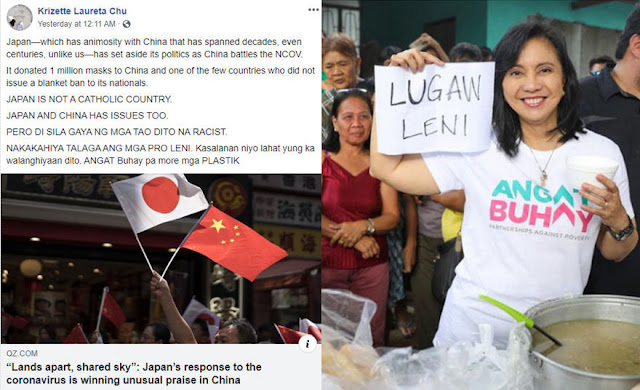 The veteran blogger remarked that despite Japan's unpopularity in China, being their most hated country, Japan brushed aside its politics as China wages war versus the novel Coronavirus.

To prove that the Japanese people cared for their neighboring Chinese people, as a gesture of friendship and solidarity, Japan sent 1 million masks to China and did not issue a blanket ban to its national.

Krizette Chu took a swipe at some of our countrymen, especially the supporters of Vice President Leni Robredo, for calling the China-wide ban of flights and r@cist remarks in the guise of stopping the coronavirus from the traveling to the country along with the arrivals of Chinese tourist.

The blogger lamented that Japan who is not a Cathoic country and have issues with China but the Japanese did the right thing of helping and comforting the Chinese people unlike in the Philippines, especially the supporters of VP Leni who were mostly Catholics.

Japan—which has animosity with China that has spanned decades, even centuries, unlike us—has set aside its politics as China battles the NCOV.

It donated 1 million masks to China and one of the few countries who did not issue a blanket ban to its nationals.

JAPAN IS NOT A CATHOLIC COUNTRY.

JAPAN AND CHINA HAS ISSUES TOO. 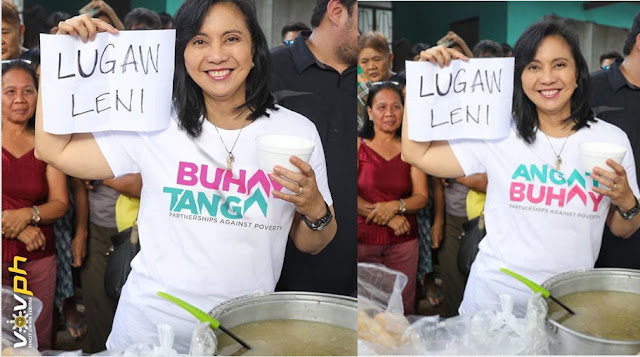