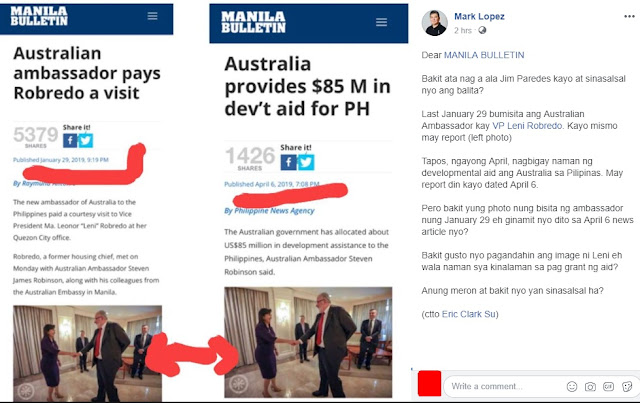 The veteran blogger questioned Manila Bulletin why is it that the newspaper used the same January 29 old photo and was posted online also during the April 6, news article of the Manila Bulletin. 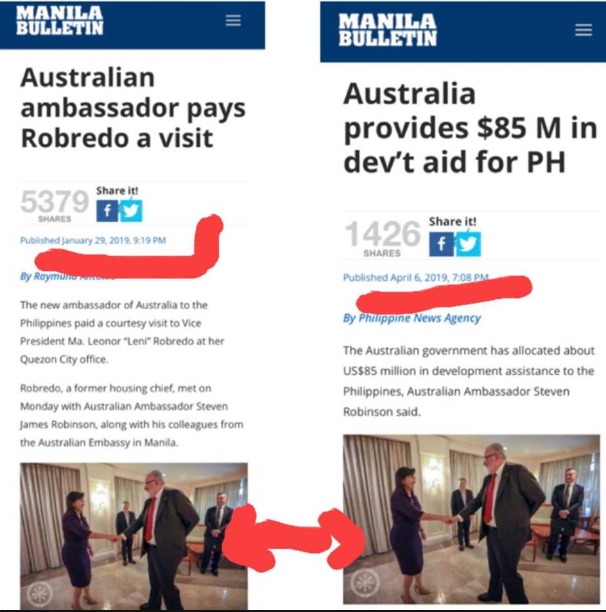