Posted by Phil Newsome on November 01, 2018
Veteran San Beda lawyer and prominent radio host, Atty. Bruce Rivera slammed and burned down some members of the opposition party particularly their candidates who keeps on crucifying the decision of Pres. Rody Duterte's intentions to field military men at the Bureau of Customs (BOC). 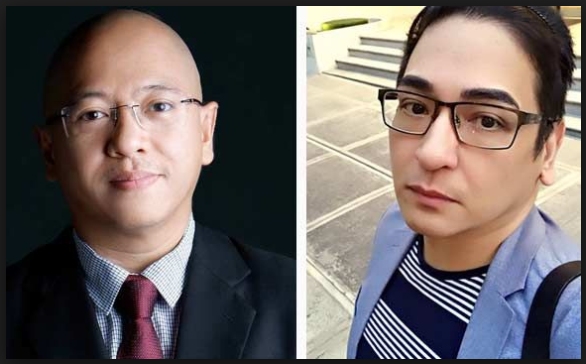 According to some opposition candidates particularly former Solicitor General Florin Hilbay, the fielding of military men is unconstitutional and cannot be done.

Atty. Rivera explain that we should accept the fact that only Pres. Duterte, among the previous Presidents who has the political will to face the problems of the BOC, which is considered as the most corrupt government agency in the country.

Pres. Duterte is the only Preident to confront the BOC as an instution and told them they are so corrupt and they need to be militarized. Atty. Rivera also suggested to Hilbay to present alternative solutions with the BOC problems instead of saying it could not be done.

Opposition candidates are ready to crucify PRD for his actions on the Bureau of Customs. They say its unconstitutional and cannot be done.

Well, let me tell you this: The BoC has been considered the most corrupt consistently in every administration and yet no President had enough balls to discuss it head-on.

Let us face it, past Presidents have given up or perhaps benefited from it so they are afraid to engage the Customs in a conversation about the systemic thievery. So it persists on to monumental levels. And the nerve of the Dilawans to talk about corruption in the BoC as if it existed only now.

See the hypocrisy. The BoC is, was and will always be corrupt. And most presidents lingered in office defeated by their failure to stop it.

Duterte is the only one to confront the BoC as an institution and told them they are so corrupt, they need to be militarized. We need the military to virtually put them in check because they have become a national threat by allowing the entry of drugs in our country.

And many are crying foul??

What do you think we should do? Just stand there helpless like past presidents and allow the bureau to allow entry of weapons of mass destruction to poison our children. Or we do something about it.

If we become legally mindful, we will be held hostage by the criminal syndicate like the BoC who institutionalized blatant and shameful corruption. So PRD decides to do something about it. He has no choice.

That is called political will. And if Dilawans like Hilbay are ready to criticize using the law...then they must have an alternative solution instead of just saying that it cannot be done.

We elected a President with balls. He is just doing what we expected from him. 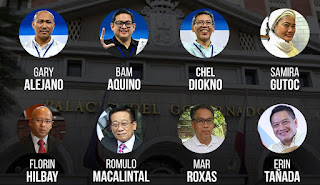